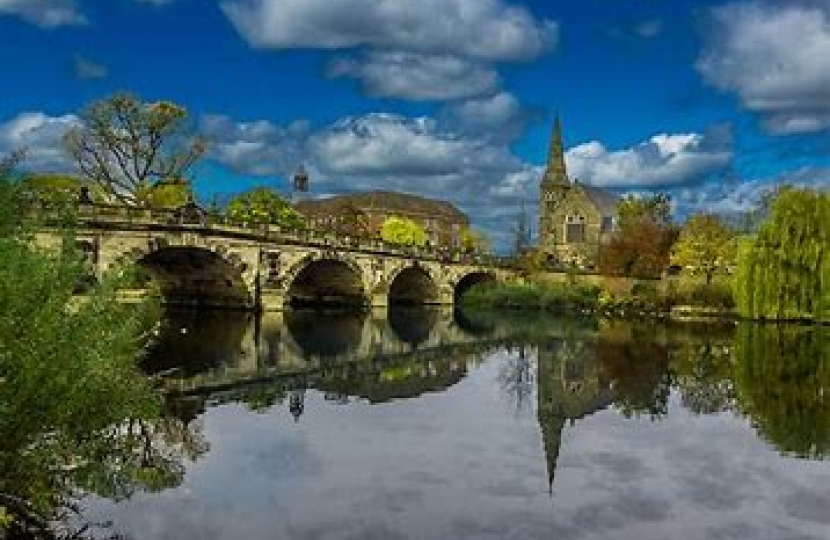 Many people have expressed their concern over voting on amendments to The Environment Bill.  The Flooding Minister has provided the following response that I wish to share with my constituents:

This Conservative government is the first government to set out our expectation that water companies must take steps to significantly reduce storm overflows. We will now put that instruction on an enhanced legal footing. The Environment Bill will allow us to deliver the most ambitious environmental programme of any country on earth. I am grateful for the scrutiny that you have provided to date, and I would like to address the issue of storm overflows.

None of us voted to allow water companies to pump sewage into our rivers as some campaigns have caricatured in recent days. We actually voted in favour of a package of measures to reduce harms from storm overflows including: • a new duty directly on water companies to produce comprehensive statutory Drainage and Sewerage Management Plans, setting out how they will manage and develop their drainage and sewerage system over a minimum 25-year planning horizon, including how storm overflows will be addressed through these plans. • a power of direction for the government to direct water companies in relation to the actions in these Drainage and Sewerage Management Plans. We will not hesitate to use this power of direction if plans are not good enough.

• a new duty on Government to produce a statutory plan to reduce discharges from storm overflows • a requirement for government to produce a report setting out the actions that would be needed to eliminate discharges from storm overflows in England, and the costs and benefits of those actions. Both publications are required before 1 September 2022.

• a new duty directly on water companies and the Environment Agency to publish data on storm overflow operation on an annual basis.

• a new duty directly on water companies to publish near real time information on the operation of storm overflows.

• a new duty directly on water companies to monitor the water quality upstream and downstream of storm overflows and sewage disposal works.

Following the debate in the House of Commons last week, we have also announced that we will bolster the measures we are already taking. In July of this year, this Government set out, for the first time ever, its expectation that Ofwat should incentivise water companies to invest to significantly reduce the use of storm overflows in the forthcoming pricing review period. Ofwat will be required to act in accordance with this expectation. Our amendment will place this policy position in an additional clause in the Environment Bill to underline the action the government is taking.

We are simply placing an existing statement in legislation. The reasons as to why we were unable to accept the Duke of Wellington’s well-intentioned amendment still stand. The complete elimination of discharges from storm overflows would be extremely challenging. Initial assessments suggest that total elimination would cost anywhere from £150 billion to £600 billion. This process could involve the complete separation of sewerage systems, leading to potentially significant disruption for homes, businesses and infrastructure across the country. Customer bill increases, potentially amounting to many hundreds of pounds, and other trade-offs against other water industry priorities would be unavoidable. We need to understand what such trade-offs might be.

I have been very clear that water companies need to step up. Equally, we should acknowledge what they have done. Between 1990 and 2020 the water industry has invested about £30 billion in environmental improvement work, much of it to improve water quality in rivers. A further £7.1 billion is planned to be invested between 2020 and 2025, of which £3.1 billion will be on storm overflows. Labour’s plans to renationalise water would have rendered this investment impossible, whilst passing an additional cost of £90 billion to our constituents.   REBECCA POW Flooding Minister

I joined forces with colleague Philip Dunne MP for Ludlow, in the House of Commons during the Health and Social Care Oral Questions to ask the Health Minister to release the £312 Million they have secured for the modernisation of health care services in Shropshire.