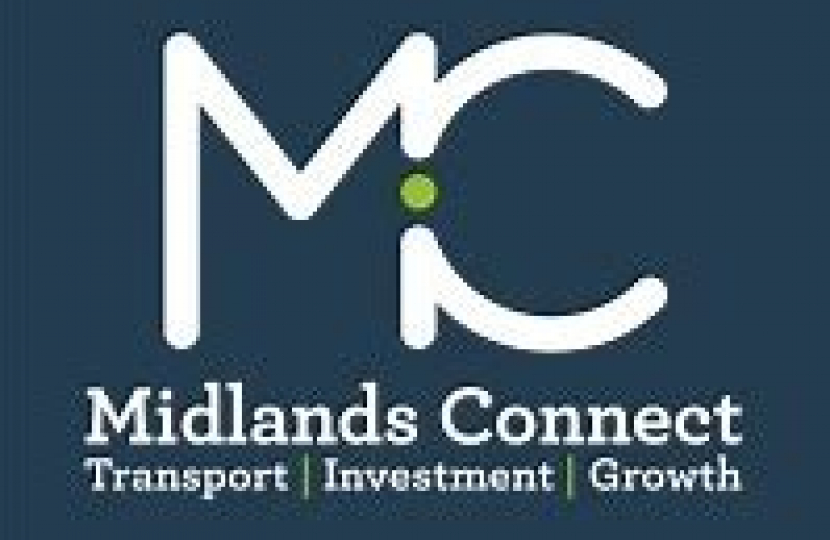 Today sees the launch of Midlands Connect Strategic Transport Plan entitled Greener, Fairer, Stronger.   Midlands Connect has a clear directive from Government - to research, develop and recommend the most important transport investments – the proposed projects will support a more productive, prosperous and sustainable Midlands and include plans for improvements to journey times between Birmingham, the Black Country and Shrewsbury.  The plan identifies key projects for investment in the next 10-15 years on the road and rail networks, they are:

I am working hard to secure funding for the electrification of the rail line between Shrewsbury and Wolverhampton.  This will reduce travel times to major cities such as Birmingham and London for people travelling from the midlands and north wales.  The scheme has the backing Midlands Connect | H

In my role as Trade Envoy to Mongolia, I was pleased to host a group of officials from Mongolia to discuss trade relations.  Our discussions were followed by a tour of Westminster to inform them of the history of UK decision making.