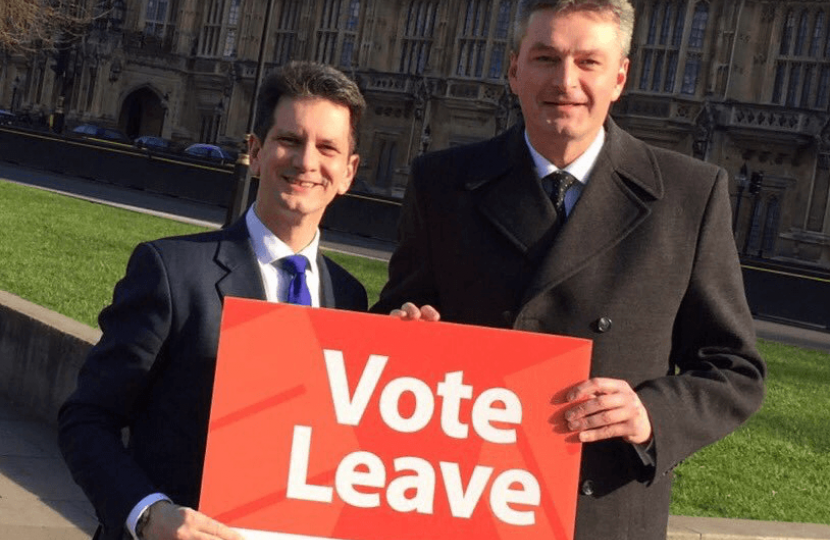 I was proud to support the Vote Leave campaign and am delighted that the British people voted to leave last year. However, I know many of you will disagree, indeed as some of my closest friends and family do, and I am always happy to discuss what this will mean, as well as my own position, with constituents.

The British people voted in a free and fair referendum to leave the EU. Turnout was larger than at any election since 1992 and no Prime Minister or party in British history has ever received as many votes as the vote to leave did. The Government has a duty to deliver the referendum result and it will do so in the national interest.

I want to be clear, however, that the UK's vote to leave the EU was in no way a rejection of European values. The UK's dedication to ensuring the continued prosperity of the European people remains resolute and it is unconditionally committed to maintaining the security of the continent. We may be leaving the EU but we are not leaving Europe. We will always work with our international partners to defend democracy, human rights and the rule of law.

Article 50 has been invoked and the Prime Minister has been clear that there must be no attempts to remain inside the EU, no attempts to rejoin it through the back door, and no second referendum. The UK will leave the EU in March 2019 and its membership of the single market will end at this point. An implementation period will allow businesses time to adjust but it will be strictly time-limited. There should be no doubt that the UK is leaving the EU and its institutions.