Daniel closes in on funding for North West Relief Road 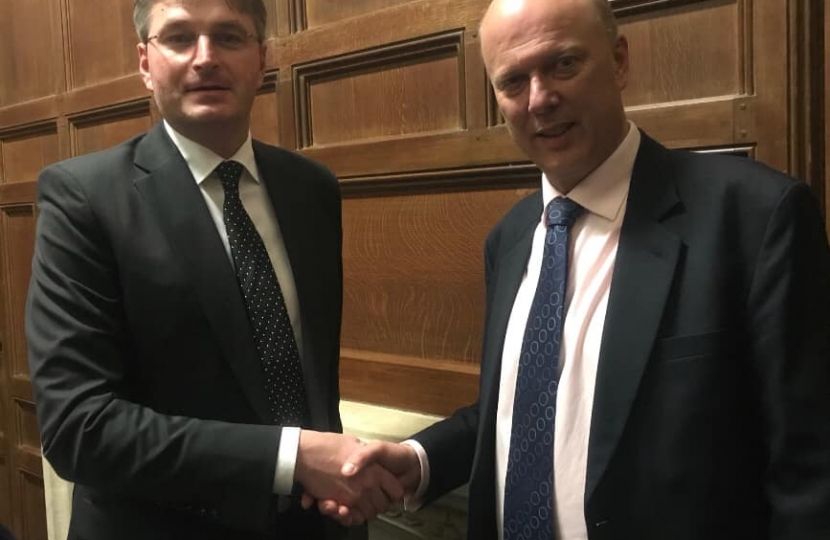 For many years now I have been working to secure the funding for the North West Relief Road. It is clear that as Shrewsbury has expanded there had been a resulting increase in major bottle-necks and delays in our town centre.  Many constituents have told me of their experiences at peak congestion times, when it can take an unacceptable time to get across our town from one end to the other, something that I have experienced myself. The town centre traffic is a problem which has been exacerbated by the inadequate transport links to the North and West. The current country roads take 3 times as long as the proposed North West Relief would and that encourages vehicles to drive through the Town centre.

In addition to this I have been lobbied by many Parish Council Chairmen about how their villages have been used as rat runs by large commercial Lorries, making their lives increasingly miserable and unsafe on small narrow country roads. The road and the amount of traffic using it is not fit for purpose, I therefore made securing the funding for the North West Relief Road one of my key election pledges and have spent considerable time at Westminster campaigning on this issue, speaking in informal parliamentary debates, submitting Parliamentary questions as well as having extensive meetings with Ministers and officials.

Late last month I met with Chris Grayling, the Secretary of State for Transport, to discuss the submission of plans to build the road. I previously managed to get nearly £1 Million in central Government funding for Shropshire Council to create a business case. This was submitted by Shropshire Council to the Department around a year ago. I understand from the meeting that this business case has won through in the face of stiff competition from other similar schemes from around the UK.  I would like to pay tribute to the leader of the Council Peter Nutting and the Transport portfolio Councillor Steve Davenport for all the assistance they have given in securing this funding.

The new road, once built, will significantly reduce journey times by around two thirds. It will also lead to a reduction in air pollution as cars don’t need to sit in traffic and will be less inclined to use the Town centre route. Carbon Dioxide emissions will also see a reduction as cars will spend less time on the road.

We are all very proud of Shrewsbury and how the town is developing but clearly this has to be in a sustainable way.  This new road will not only help Shrewsbury to cope with its growth, but provide a sustainable footing for the future.

The construction of the North West Relief Road in Shrewsbury has been a long standing campaign for me ever since I became a member of Parliament.

My sincere thanks to all NHS officials and volunteers who took a short time out of their day to show me around the vaccination centre that is based at the Shrewsbury indoor bowling centre.